Hot Off the Press

Windows 11 is getting its first big update with 22H2, which was codenamed “Sun Valley 2” during development.
With Windows 11, Microsoft has moved to a yearly release cycle for major updates, leaving behind Windows 10’s frantic twice-per-year schedule.

What You Need to Know
This update is named 22H2 as it’s being released in the second half of 2022. Specifically, it hit Microsoft’s Release Preview channel on June 7, 2022.
This implies the update may roll out sometime in the summer of 2022.
However, as Microsoft is only a yearly release cycle for major updates and Windows 11 was released on October 4, 2022, it’s very possible that the update may not become stable until fall 2022.
Microsoft hasn’t given a solid release date yet.
We don’t really know for sure, but if you pressed us, we’d say you should expect it in the fall.

When it is available, the free update will be offered via Windows Update. You’ll see it as an option at the top of the window at Settings > Windows Update.

If you want the update early, you can always join the Windows Insider Program’s Release Preview channel on your PC. However, if you install the update before it’s all ready to go, you are increasing the odds you will run into bugs.

The Task Manager’s interface now looks much more at home on Windows 11. It’s similar to how Microsoft handled the Notepad update: All the standard functionality is still here. However, the interface is modernized—it now even has support for dark mode, and the shading for the resource usage columns on the Processes tab uses your chosen accent color.

Under the Processes tab, you’ll also find an “Efficiency Mode” option. You can manually enable this for certain processes to reduce their power usage. Certain processes—like some Microsoft Edge processes—automatically use similar techniques and will show a leaf icon in their Status column.

One huge missing feature is back: You can now drag and drop files, images, and other things to taskbar icons. This was a big feature beloved by many Windows users in Windows 10 and earlier versions of Windows.

Unfortunately, you still can’t move the taskbar—not without a registry hack, anyway.

The File Explorer is finally getting tabs, years after Microsoft killed off the Sets feature that would have added them to Windows 10. This feature isn’t live for everyone using the Release Preview yet, so it’s unclear whether or not it will actually be part of the final version of the 22H2 update. However, Microsoft is actively testing it in the beta channel of 22H2 as of late June 2022.

If this feature isn’t part of 22H2, it will hopefully be part of the next update or arrive shortly after.

Snap Layouts and Snap Groups are one of Windows 11’s best advancements. Snap gets even better in 22H2 with some new features.

Now, when you move any window around on your desktop, you’ll see a handle at the top of your screen. You can drag the window to the handle and choose a location for it in the Snap Layouts grid. It should make Snap easier to discover for more Windows 11 users.

Prefer using the keyboard? You can now press Windows+Z and the Snap Layouts grid will pop up with numbers. Press one of the numbers that appear to choose a location for the window.

Windows will also remember Snap Groups you configure and show them when you mouse over a taskbar icon. This will make it easier to switch back and forth between groups of windows.

Finally, Edge is getting in on the action: When you snap a window onto one side of the screen, you’ll see your three most recently used Edge tabs as options you can snap alongside the window, just as you see Edge browser tabs in Alt+Tab.

You can configure all these features from the Settings app at Settings > Multitasking > Snap.

Folders for application shortcuts are returning to the Start menu in the 22H2 update. It works just like it does on mobile platforms like iPhone, iPad, and Android.

In the “Pinned” area on the start menu, just drag and drop one app’s icon onto another app’s icon. You’ll get a folder containing both icons. You can click the folder to open it, give it any name you like, and drag additional icons onto it to add it to the folder.

You can now choose additional layouts for your Start menu from Settings > Personalization > Start, too, choosing to see more pinned apps or more automatically recommended items.

Bluetooth Device Connections on the Taskbar

The Quick Settings area is getting a bunch of changes in 22H2, and one of the most useful is the ability to view Bluetooth devices, connect to them, and disconnect from them without opening the Settings window.

Windows 11’s printing features are getting a nice new redesign and coat of paint, too. Both the system print dialog (what you see when clicking File > Print in most apps) as well as the print queue window have been redesigned. They now support dark mode as well as automatic discovery and installation of printers without visiting the Settings app.

Live Captions for Any Audio

Windows 11 now has a “Live Captions” feature (just like on Android.) When enabled, Windows will automatically display captions for any audio you’re listening to on your PC, whether it’s a voice call you’re taking part of, a video you’re watching online, or anything else. The audio is transcribed locally on your PC—not uploaded to the cloud.

Windows 11 now has a new volume change indicator that appears when you use your keyboard’s volume keys to adjust the volume. It looks like it belongs on Windows 11. (The new design appears when you change your screen’s brightness, too.)

More excitingly, you can now hover your mouse cursor over the volume icon on the taskbar and use your mouse wheel to raise or lower the volume. It would be easy to miss this improvement if you never heard of it, and we just think it’s cool.

Clipchamp is a video editor Microsoft acquired in 2021. When Microsoft first added it to Windows, it required a $9 per month subscription to output 1080p video. Thankfully, that restriction has been removed. Clipchamp has a free tier, but it still offers optional paid monthly subscriptions, however. Its premium features aren’t bundled with Microsoft’s standard Microsoft 365 subscription as of June 2022.

Windows now also includes a Family app. It works hand-in-hand with Microsoft Family Safety, letting parents configure app and game time limits, respond to requests from their children’s accounts for more time, configure content filtering, and share locations. Some of these features require Microsoft 365. Prior to the existence of this app, many of these features were only available on the web.

There are a lot of other changes in the 22H2 update. For example, Microsoft has spent time adding a lot of settings to the Settings app and reorganizing some existing settings. The Focus feature was renamed Do Not Disturb. There are new touch-screen gestures, like swiping to the left with three fingers to switch to your most recently used app. Windows 11 now even supports wideband speech with AirPods.

Is It Worth Upgrading?

None of these features are truly groundbreaking, but they all add up to a solid, substantial upgrade with a large number of improvements throughout. Many of them are obvious improvements to make—the ability to drag and drop on the taskbar, for example. In time, it will be tough to remember which of these changes were made in the 22H2 update and which were part of the original version of Windows 11. If you’re using Windows 11, it will definitely be a great upgrade.

If you’re not using Windows 11 yet, you can upgrade it for free—assuming it supports your PC. If Windows 11 doesn’t support your PC, there are some ways you can install it anyway. Third-party developers are helping: The Rufus utility is making it easier than ever to install Windows 11 on unsupported PCs.

However, Windows 11 definitely runs best on modern PCs, and Windows 10 remains supported until October 2025. We think people who have unsupported PCs should stick with Windows 10 for now. Windows 10 works just fine, and you’ll probably encounter fewer bugs if you stick with a properly supported version of Windows.

Ultimately, if you have an unsupported PC and really want to use Windows 11, the best way to get it is to buy a new PC that supports it. If that means you use Windows 10 for a few more years until you upgrade, you’re not missing out. Windows 10 works great.

What's new in the world of IT? Read the latest news. 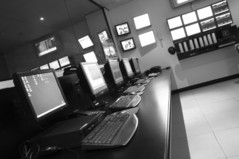